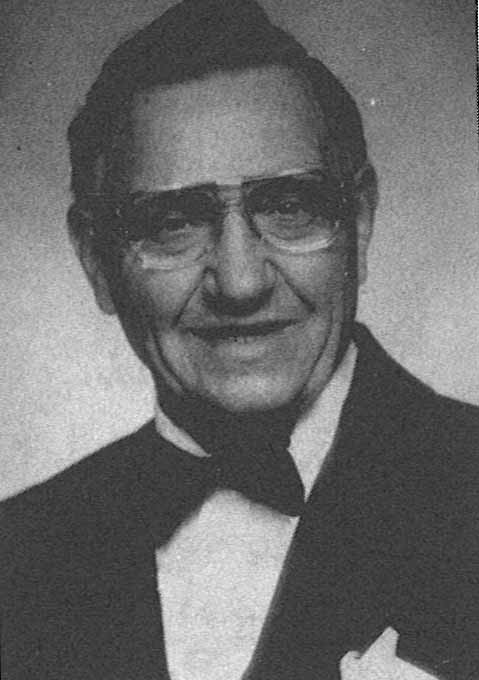 Patsy Gall, a 135 pound lightweight, was one of the most talented World’s Boxing Contenders. He had a string of 50 pro wins and fought some of the best scrappers on the East Coast. He was only five foot seven and his weight ranged between 135 and 145 pounds during his boxing heyday (1935 to 1949) but the clever, sharp, punching chin belter was recognized by his foes as the Titan of the ring in that era. During his boxing career, the Freeland native amassed the amazing total of 110 victories, 30 of them via the knockout route, plus 20 draws, while sustaining only nine losses. He was never knocked out in 139 pro bouts. A highlight of his illustrious career was a string of 50 victories. He fought and defeated opponents from throughout the Anthracite region (and some of them were top notchers in that period), Lancaster, Philadelphia, New York, New Jersey, Cuba, Mexico and Chicago. He looked like a promising ring prospect and upheld this belief as he pounded out victories over Young bag°, Fumbler Martin, Mickey Belletiers and a few other Anthracite region leather wielders. Scranton promoters liked Gall’s performances and signed him up to fight Danny Dempsey of Scranton. The fight was staged at the Scranton Armory. Dempsey was the heavy favorite because he had considerable experience and had fought in Madison Square Garden, New York City. It was Gall’s big test in the ring that night. He KO’d Dempsey in the second round. The big victory over Danny Dempsey, who was the 126 lb. featherweight contender of the world at the time, enhanced the rating of Patsy Gall and got him many more impressive wins over highly rated boxers throughout the country. He continued winning by defeating Jack Graybil of Lancaster, Vic Ford of Shamokin, Mickey Billetiere of Hazleton. He then defeated Bobby Canton of New York City, fought and KO’d Pat Kelly of New Jersey, who was considered one of the best lightweights in the neighboring states. Patsy was then matched with Abe Kauffman of Philadelphia. Gall lost on a split decision. Gall came back and defeated Bobby Green from Philadelphia. He then was matched with Billy Alberer of Cuba. Pat won a close decision and the Scranton Club promoters wanted Pat for a rematch with the Cuban boxer. This time he knocked out the Cuban in the 7th round. Gall defeated Danny Dell of Dunmore, and later beat Charley Sabatelle, a Dunmore boy. His next bout was at the Kingston Armory against Charvos Ramos of Mexico. Pat KO’d Ramos in the fourth round. He then went to Lancaster to fight Joe Law of Chicago. He won on a close decision and a rematch was arranged with Joe Louis, the Heavyweight Champion of the world, to referee the bout. Pat captured a 10 Round decision. His next bout was a win over Andy Klinges of Wilkes-Barre. The Reading Boxing Club had Philadelphian Joe Brewer who was matched to fight Gall. Brewer suffered a defeat from Pat.  Pat was in demand everywhere and was considered one of the toughest boxers on the East Coast in his division. The Kingston Armory Club lined Pat up for a bout with Neil Miller, an outstanding boxer and light weight contender from Wilkes-Barre. Again Gall won on a decision. On the next card at the Kingston Armory, Pat fought Ernie Butler from Washington, D.C. He beat Gall on a split decision. Gall’s next two 8 round bouts were draws; with Peralto, Lakewood, New Jersey and Sonny Hampton from New York. Next was Tommy Ciarlo of Waterbury, Connecticut, who had just fought a great battle with Marty Servo, then welterweight champion of the world, Pat’s next opponent. Pat upset Ciarlo on a decision in 8 rounds at the Kingston Armory. Pat was matched to fight Sammy Haskins of Chicago at Shibe Park, Philadelphia. Pat dropped his foe in the 4th round, but couldn’t follow up. Hoskins won a split decision. Pat came back to defeatJimmy Jones of Philadelphia in Hazleton and then clashed in a 10 round bout in Scranton’s Town Hall with Bobby Klauss of Buffalo, which ended in a draw. Wilkes-Barre was hot for a bout between Gall and Rocky Castellani, but Gall just didn’t have it that night and lost the decision. Pat had an offer from Jack Dempsey through Chic Feldman, Sports Editor of the Scranton Tribune, to fight in Florida, but he turned it down. He fought Ike Williams to a draw, who later became Welterweight Champion. He is married to the former Genevieve DeStefano. They have eight children, seven daughters, Mary, Patricia, Janet, Genevieve, Carol, Linda and Barbara, and one son, Patsy, Jr.