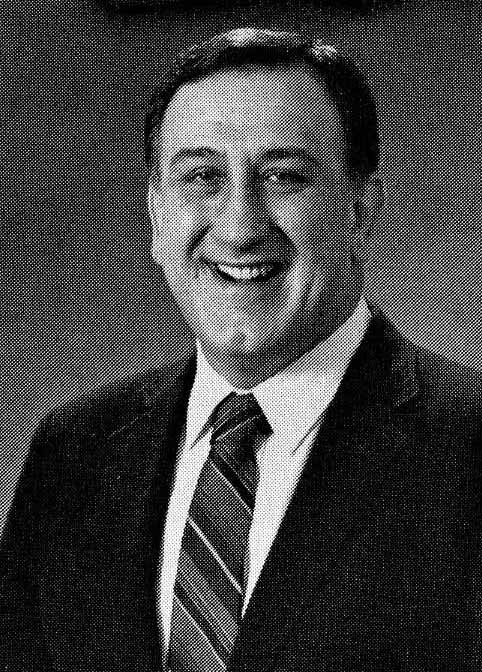 A three-sport athlete at G.A.R. High School. During his high school career he won ten letters, was captain of the football and basketball teams. He was All-Scholastic in both sports, and received All-State honors in football. He was highly recruited out of high school and attended the University of Notre Dame on a full football scholarship. Serious injuries plagued his entire career in South Bend. Gorham, along with fellow G.A.R. grad Bob Williams, was a member of the Notre Dame 1957 team that upset Oklahoma to end football’s longest winning streak. He served as a student assistant to Hugh Devore under Notre Dame head coach Joe Kuharich. He began his coaching career at St. Lawrence High School in Detroit, Michigan, winning 13 of 19 games. He took over as head football coach at Meyers High School in 1966, and served in that capacity for 24 years. While at Meyers, he has accumulated 163 wins and 4 conference championships. He has had 71 players make the All-Scholastic team, 6 first team All-State, 8 played in the Pa. Big 33 game, 5 named to the High School All-American team, over 100 players attended college on some sort of scholarship, and 4 former players obtained recognition on Division I College All-American teams. Gorham has coached 11 Unico All-Star games. He coached 3 times in the Pa. Big 33, and in 1988 was head coach of the PA vs. Maryland Big 33 Classic. He has won numerous coach of the year awards, and in 1975 was named PA State Coach of the Year by the Binghamton New York clinic. Gorham has been District 2 Director of the PA State Football Coaches for 15 years. He has served on the College Football Coaches Association High School Committee for over 3 years. He has worked as a football clinician at many major colleges and universities, as well as being a speaker at over 40 football clinics in the northeastern part of the United States. He was a featured speaker at the American Football Coaches National convention in Miami in 1981. He has served as the Meyers Athletic Director for the past 8 years, and is currently serving as Assistant Principal. Mickey is a member of the PA State Athletic Commission, PA State Football Coaches Association, PA State Athletic Director Association, American Football Coaches Association, Notre Dame Monogram Club, Notre Dame National Alumni Association, Wilkes-Bane Catholic Youth Center, Athletic Council, and Charter member of Wilkes-Bane Downtown Touchdown Club. Mickey and his wife Susan are the parents of two children, Kelly, age 9, and Michael, age 6.