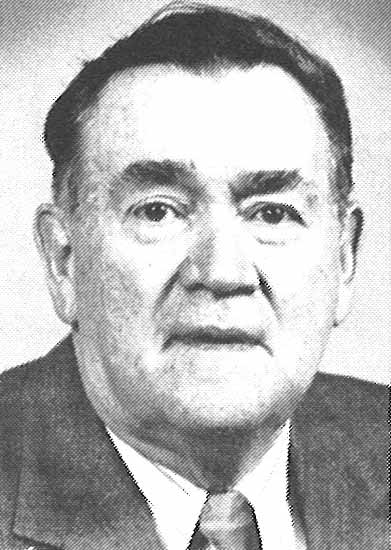 Jim Moran attended Coughlin High School. He learned the fundamentals of the game under the late “Red” Pendergast. Coughlin had some of its best teams during this time. The Crusaders had a 20-0 winning streak, won the Wyoming Valley Championship in 1938, and the city title in 1938 and 1939. Jim made the Wyoming Valley All-Scholastic in 1939 as an end. Tom Heffernan wrote, “one of the finest defensive ends ever to play in this valley.” He had the experience of playing under three of the most outstanding mentors in the East while at Fordham and West Virginia. Jim Crowley at Fordham, who coached the Rams to a 2-0 victory over Missouri in the 1942 Sugar Bowl. After a season with the Rams, Jim entered the Army Air Corps in 1942 and served until 1946. During this time, he played with Chatham Field and the First Air Force. In 1944, he was picked to the All Southeastern Service Team. In 1946, he enrolled at West Virginia University and played under Bill Kern and Doug DeGroot. During this time, he earned three varsity letters and played in the Sun Bowl on January 1, 1949. He received his B.S. degree in 1949 from West Virginia, then did postgraduate work at Penn State and Temple. After graduation, he played two years of professional football with the Wilkes-Barre Bullets of the American League. Joe McCracken was his coach at this time. During his youth he was active in baseball, basketball, and track. He caught for Parson Post Legion Team and played in numerous Sunday leagues in the valley. He played basketball in the old Tri- Town League. While playing in the Tri-Town League, he set a single game scoring record of 52 points in a single game. In a unique phase of his eleven season football career, he played in Yankee Stadium, Polo Grounds, and Ebbets Field. In 1952, he was hired as head coach at King’s College. He directed the program until 1962. Later, he coached at Hanover and Bishop Hoban. Jim was active in community affairs serving as an officer in the Model Cities Program. He held the office of adjutant for Post 741; President of Coughlin High School Booster Club; a founder and president of the Heights Little League for four years; he was active in Junior and Senior Teeners boys’ baseball. He retired from teaching at W-B Area Voc. Tech. School in 1985. He and his wife, the former Ann Drugan, reside in Wilkes-Barre. They have a son, Jim, and a daughter, Mary, and four grandchildren.