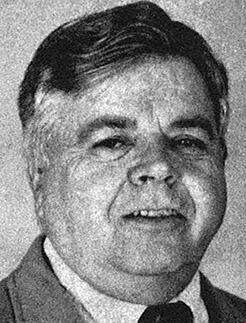 Jim Atherton is Director of Athletics and basketball coach at Luzerne County Community College. As a high school and college coach, his teams have won 524 games. During his 20 year career at Luzerne, his teams have won seven conference championships five post-season tournaments and eight holiday tournaments. Luzerne, while playing at four different sites, was unbeaten in 55 consecutive home games. He has been selected twelve times as basketball coach of the year by various media. Atherton was featured in the Wilkes University Quarterly (1977) as one of its outstanding alumni. He coached basketball two years at Wilkes and was the recipient both years of the prestigious Schoenfeld Award presented by the C.B.O.A. basketball officials to the team and coach which best-exemplified integrity and sportsmanship. Atherton began his coaching career at Perry Joint High School, New Bloomfield. During his two years on the Perry staff, they won one conference title. As a coach at West Pittston High School for seven years his 59-60 team won the first championship in the history of the school. West Pittston again repeated as conference champion going undefeated in league play and winning 22 consecutive games in 1965. During his three years as basketball coach at Coughlin High School, his teams won one public city championship and never had a losing season. Jim has served two terms as President of the Eastern Pennsylvania Community College Conference and has been Director of basketball camps at the Catholic Youth Center, Wilkes-Barre, the Jewish Community Center, Wilkes-Barre and Camp Saint Andrew, Tunkhannock. He also has given basketball clinics in South America and was guest lecturer at the Federal University of Brazil. He is married to the former Patricia Rosenbaum. They are the parents of five children, daughters Debbie, Lynn and Trish and sons Jim Jr. and Mark.

Jim Atherton began coaching at Perry Joint High School in 1956 when he was appointed one of that school’s co-head coaches. One year later, he was named head coach and in the process, claimed his first championship. He moved on to West Pittston High School where he served seven seasons. The highlights of his young coaching career came in 1960 when his team won the league championship, the first in the school’s history. He would win one more title before accepting the head coaching position at Coughlin High School in 1965. In just three seasons, Jim turned the Crusader basketball team from losers to winners and along the way won the public school city championship. In 1968 Jim turned his attentions to a new community college that had recently graduated its first class and was in need of a coach and a director of athletics. Luzerne County Community College would be home to “Gentleman Jim” Atherton for nearly the next three decades. His Minutemen (now the Trailblazers) would win nine regular season championships, six post-season titles, and ten-holiday tournament championships. As the Community College moved from its facilities in Downtown Wilkes-Barre to its permanent site in Nanticoke, the basketball team was without a gym to call its own. Despite that little inconvenience, Jim’s teams mounted a 55 home game winning streak that would find them playing their “home” games at the Kingston Armory, the Catholic Youth Center, Bishop Hoban High School and finally at LCCC. Jim’s tenure at LCCC was interrupted for two seasons, 1981-1983, as he returned to his alma mater, Wilkes University, to coach the Colonels. During that time his teams finished second in the N.E. Division of the MAC Conference. Coach Atherton amassed an overall record of 651 wins and 308 losses. While at LCCC, he watched his teams win 459 games and lose only 202. During his career, he was selected Coach of the Year by various groups 13 times. He was twice featured in the Wilkes Alumni Magazine as one of its outstanding graduates. The Wyoming Valley Basketball Coaches have recognized him by naming the Outstanding Division II Player award in his honor. He served two terms as President of the Eastern Pennsylvania Community College Conference as well as serving on the organization’s Standards and Ethics Committee. He was also chairman of the State Basketball Committee. Atherton served as Director of Basketball Camps for the following organizations: Camp St. Andrew, the Jewish Community Center, and the Catholic Youth Center. In addition to directing camps, he has lectured at many throughout the country and was a guest lecturer at the Federal University in Brazil, South America, where he conducted a two-week clinic. Jim retired from LCCC in 1997. On January 20, 2007, LCCC held a ceremony renaming their gymnasium in Jim’s honor. Jim and his wife, Patti, have been married 48 years and are now parents of six, Debbie, Jim Jr., Trish, Lynn, Mark and the late Michael Atherton. They also have 12 grandchildren. Jim was inducted into the Luzerne County Sports Hall Of Fame in 1990. Tonight the Pennsylvania Sports Hall of Fame has the honor of inducting “Gentleman Jim” into its prestigious organization.