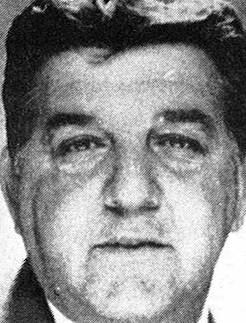 The fifty-seven-year-old Chaump is a 1958 graduate of Bloomsburg University in Pennsylvania where he earned four letters in football and three in wrestling. His first head coaching position was at Shamokin (Pa.) High School in 1961, and from there he went on to John Harris High School in Harrisburg, Pa. His teams went 58-4 in six seasons (1962-67), including unbeaten campaigns in 1962, 1965, 1966, and 1967. Each of those teams won conference championships. Chaump was named Central Pennsylvania Coach of the Year in all six seasons; Chaump spent the next 11 seasons as quarterbacks coach at Ohio State under Hayes. In that period (1968-78), the Buckeyes were 95-15-3. From 1979 through 1981, Chaump was offensive backfield coach under McKay with the Buccaneers, helping that team to two National Football Football Conference Central Division championships, the only two division titles in club history. Chaump returned to the collegiate ranks in 1982 as head coach at Indiana University of Pennsylvania. His 1984 Indiana team was 7-3 and co-champion of the Western Division of the Pennsylvania State Athletic Conference, and his 1985 team was Western Division Champion of the PSAC while going 8-2-1. At Indiana (Pa.), his squads were 24-16-1 in four seasons, winning a divisional championship and tying for another. Chaump was appointed head coach at Marshall in December of 1985. Chaump was appointed the Naval Academy’s 33rd head football coach on January 8, 1990, coming to Annapolis after highly-acclaimed success at Marshall University and Indiana University of Pennsylvania. Chaump’s overall collegiate coaching record for 10 seasons is 63-48-2 (.566), while his overall record as a head coach on the collegiate and high school levels is 126-58-2 (.683). Chaump, a native of Scranton, Pa., has enjoyed success at every level on which he has coached. He has a winning percentage of .683 in his 17 years as a head coach on the collegiate and high school levels. Chaump and his wife, Constance, are the parents of three daughters, Lynda, 23, a graduate of Marshall University, and twins Melanie and Melissa, 20, students at the University of Maryland.