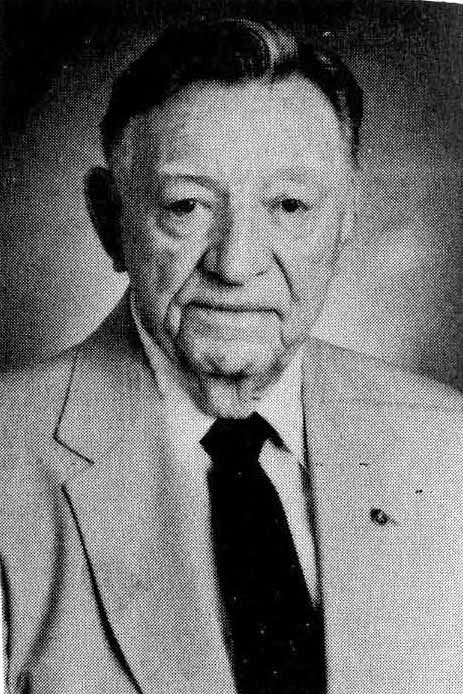 Francis A. “Red” Garrity graduated from Hanover Township High School in 1925 where he earned four varsity letters in baseball and three varsity letters in basketball. He then enrolled at Bloomsburg College and earned three varsity letters in baseball and three varsity letters in basketball. In 1928 he withdrew from college after the death of his father and was employed as a laborer at Loomis Colliery. He came out of the coal mining region 62 years ago as a young teacher to Englewood, New Jersey. Francis A. (Red) Garrity, retired in 1972 as Englewood’s Assistant Super-intendent of Schools. He is still the fiery basketball coach who tolerated nothing less than perfection on the court. To others, he has been one of Bergen County’s leading educators who speaks with a candor rarely found in public officials. Garrity has also found time to serve as Englewood’s first recreation director, a post he held for 18 years, he founded the Junior Scholastic Invitational Basketball Tournament, and played a major role in the development of Little League Baseball in Englewood and Bergen County. Garrity’s first job as a teacher was as a tutor of general science and mathematics in what was then called the Intermediate School. He started the first interscholastic athletic competition at the school, which later was called Englewood Junior High School. In his 10 years as Englewood’s head basketball coach, Garrity had great success, winning 130 games, while losing only 61. He led Englewood to the Northern New Jersey Interscholastic League championship in 1935, ’36, and ’40, plus sharing the crown in 1939 with Rutherford and Ridgefield Park. After turning the head coaching job over to the late A.Roy Cohen in 1944, Garrity turned to the administrative side of sports. The Junior Scholastic Invitational Basketball Tournament was started in 1944 with just four teams, and quickly became the most successful playoff at the freshmen and junior high school level in New Jersey. It also played a major role in the development of the superb varsity teams of the post-war years coached by Tom Morgan. Lincoln and Engle Street Junior Highs, as they were called then, dominated the early years of the tourney. In 1949, Garrity became involved with Little League Baseball as a youth activity. He founded a four-team league in Englewood and helped many other municipalities in Bergen County get the program rolling. A close personal friend of the founder of Little League Baseball, Carl Stotz, Garrity became Regional Director in an area that included five states plus South America and Europe. The Little League field and park in Englewood, located just off Route 4, was dedicated to Garrity in 1961. As an educator, Garrity made a rapid rise. He served as principal of Franklin and Donald A. Quarles Elementary Schools

and was appointed assistant to the Superintendent of Schools in 1962. The following year he was elevated to assistant Superintendent of Schools. In those years in Engle-wood his friend included the late Vince Lombardi. Very much like Lombardi, Garrity has been a man who never evaded the issue. Tabbed the “Red Fox” by his students many years ago, Garrity has made the usual number of friends and enemies. However, one of his friends said this week, “You may have liked Red or disliked him, but you always knew exactly where he stood.” Red also found time to be an interscholastic official and a collegiate level official in football, baseball and bas-ketball from 1936 to 1952. He also played semi-pro baseball and semi-pro basket-ball. This is a man who did it all.