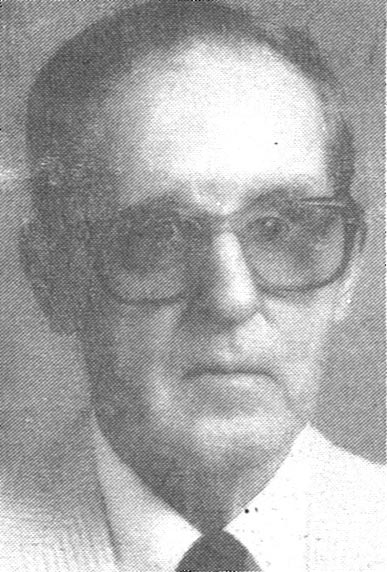 Ernest J. Holdredge was born in Forty-Fort, Pennsylvania, February 6, 1920. His family moved to Trucksville, Pennsylvania, where Ernest attended and graduated from the Kingston Township School District. In his high school years at this school, Ernest was a member and received athletic letters for baseball and football teams. In his senior year, Ernest was elected by his team members to be captain of the football team. After graduation, he chose to attend East Stroudsburg State Teachers College, where he received a B.S. degree in Health and Physical Education. At the end of his junior year in college, Ernest enlisted in the United States Marine Corp. He was a member of the Marine’s Third Wave which landed on Iwo Jima. Ernest received the Purple Heart after spending a year in a military hospital. He returned to East Stroudsburg to complete his education. He then furthered his education at Bucknell University where he earned a Master Degree in Guidance. While attending East Stroudsburg, Ernest was a member of the college football and track teams. Ernest’s teaching career began at Tunkhannock Area Schools November 10, 1947. He became assistant football coach in 1948, and served in that capacity for twenty-two years. In 1958, Ern became head track coach, holding that position until 1965. As track coach Ern led his team to several district championships. The veteran coach began coaching volleyball in 1957 as assistant to “Duke” Bunnell and helped the Tigers to their first PIAA State Championship. Holdredge took over the head job in 1959 and began to put together a remarkable record. In twenty-four years at the helm (1959-1982) his Tunkhannock Area teams never lost a league match as he piled up a remarkable record of 249 wins without a defeat. Included in the record were twenty-four consecutive District titles, a state championship, and National title in 1972. The 1972 team won the AAU National Prep Tournament in Knoxville, Tennessee. In additional league competition, Holdredge took his teams to some thirty different cities to compete in U.S. Volleyball Association Tournaments. Ernie was a member of United States Federation Rules Committee for volleyball which met in Chicago, Illinois. He was selected to this position by the Executive Secretary of PIAA. Ernest served four years in this capacity. In 19901 E was inducted into the Chic Feldman Hall of Fame, and in 1993, he was inducted into the Pennsylvania Volleyball Coaches Association’s Hall of Fame at Penn State University. In addition to coaching volleyball, he spent over forty years in education as a teacher and guidance counselor.