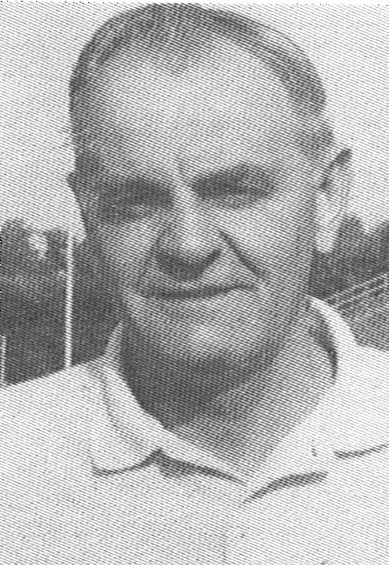 Bob Probert started his football, baseball, and basketball careers at West Hazleton High School. He played offensive end and linebacker on their 1947 Southern Division of the Eastern Conference Championship Football team. He was co-captain of the 1948 football team. He also played on WHHS’s 1947-48 and 1948-49 Anthracite League Basketball Championship Teams as a forward. He co-captained the 1948-49 squad. He played three years of varsity baseball at WHHS as a catcher. He made the Standard-Sentinel’s All Regional Teams in both football and basketball. He was the 1949 recipient of WHHS’s “Gene McGee Memorial Medal” award. While at the Eastern Military Academy, Hempstead, Long Island in 1950-51, he played football, basketball, and baseball. He was co-captain of the basketball and baseball teams. He served as a sergeant in the Marine Corp. during the Korean conflict from 1952 to 1955. Bob Probert received a BA degree from Susquehanna University. While at Susquehanna, he played four years as first string varsity basketball, under coaches Ed Pfeiffer, former Weatherly native, and John Barr, former All-American, Penn State, 1941. He was captain in his junior and senior years. He received a Coe Foundation Fellowship to Bucknell University in 1961. He graduated from Bloomsburg University in 1968 with a ME degree. Bob Probert held a basketball coaching position from 1960-61 at Avon Grove High School, West Grove, Pa. He coached the junior varsity to a Southern Chester County League Championship with a 15-1 record. He was head basketball coach at Shamokin Area High School from 1961-62 through 1984-85. He also served as an assistant baseball and football coach for several years. Under Bob, the Shamokin Area High School basketball teams have won eight Susquehanna Valley and Keystone Conference Championships, and five District IV PIAA “AAA” titles. In addition, his teams have been PIAA Eastern Semi—Finalists in class “AAA” in 1969-70 and 1976-77. Bob was selected by his fellow coaches as “Coach of the Year” in S.V.C. six times. He was selected by the Penna. Basketball Coaches Asso. in 1977 as PIAA District IV “Coach of the Year.” The Reading Eagle named him “Anthracite Area Coach of the Year” three times, and the Harrisburg Patriot named him Anthracite Region AAA Coach of the Year in 1980. He received Shamokin Area High School’s “Golden Apple” Teacher of the Year award in 1972, presented by the Future Teachers of America. Bob has been co-director of numerous basketball camps and continues to lecture and demonstrate at basketball camps in the state. Probert was elected to the Hazleton “YMCA” Hall of Fame in 1980, and Bernie Romanoski Chapter of the Pa. Hall of Fame in 1987. He serves on the Board of Directors of many civic and charitable organizations in the Shamokin area. He is the son of the late Olive Probert Kramer and Lloyd Kramer of West Hazleton. He is married to the former Emma Samler of Beaver Meadows, and has two children, Kyle and Karen, and one grandchild, Spencer.