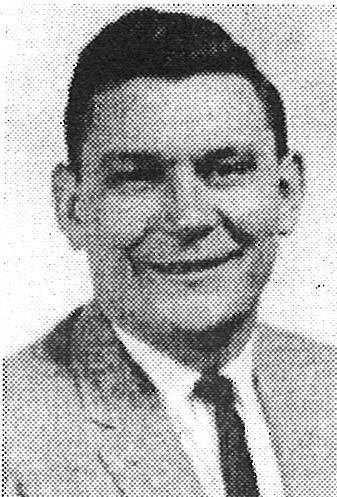 Bernie graduated from Ashley High School in 1948, where he captained the football and basketball teams. Mickey Gorham, previous Northeastern PA Sports Hall of Fame inductee, states Bernie “was the best athlete ever to come out of Ashley. That’s what they’ve always said about Bernie.” Bernie attended St. Bonaventure University in New York on an athletic scholarship, graduating in 1952. While at St. Bonaventure, he captained their football team and in 1982 was inducted into St. Bonaventure’s Sports Hall of Fame.Ted Marchibroda, former college roommate and teammate of Bernie’s at St. Bonaventure’s and currently NFL’s Baltimore Ravens head coach, remembers: “When I think of Bernie Popson, I think of a man with high principles and tremendous character. He’s as fine a human being as I’ve ever met.” Bernie served in the U.S. Army from 1952-54 during the Korean conflict. Upon his return to the Valley, he began his long affiliation with West Side Central Catholic High School in Kingston, now known as Bishop O’Reilly High School. He started their football program in 1955 and was their coach until 1980. He also served as athletic director from 1955 to 1990. Bernie retired as Dean of Students/Teacher/Athletic Director in June of 1990. He was also a member of the PA Athletic Directors Association, Northeastern PA Athletic Directors, and the Wyoming Valley Athletic Directors.
In 1996, a great honor was bestowed upon Bernie. One of his former student athletes, George Bednar, a football player for Notre Dame, implemented a program in Bernie’s honor entitled “The Popson Grant.” This annual scholarship program was created to give 100,000 disadvantaged student athletes across the country an opportunity to gain access, free of charge, to the scholastic sports registry, giving them a competitive edge for college admissions. Bednar states “Everything has gone pretty well for me, and Bernie was certainly one of the contributing factors. His name will now be remembered forever with this grant.” Another of Bernie’s former student-athletes is Joe Pisarcik, former Central Catholic and New Mexico State University standout, and 12-year pro football athlete. Pisarcik states Bernie was “A good motivator … a guy you wanted to play for.” Pisarcik points to Bernie’s ability to “teach kids how to play and watch them progress. He basically did with his life what I would love to do.”
Bernie’s youngest son, David, was one of the best basketball players to come out of Wyoming Valley. He played at the University of North Carolina on a basketball scholarship, and later several years in the NBA. Bernie’s other two sons, Bernie, Jr., and Jay, also played for their father at Bishop O’Reilly. Bernie passed away in May of 1998 following a lengthy illness. He is survived by his wife, the former MaryJo Campbell, and four children: Bernie Jr., Dallas; Cathy, Ashley; Jay, Mountaintop; and David, Raleigh, N.C.; 7 grandchildren and one great-grandson.